Empire Softball was founded in the Spring of 2015 with one simple idea - that Long Island was ready, waiting and deserving of an Adult Softball League that genuinely cares about the playing experience of every one of their teams and players.

In seven short years, Empire has now grown to become one of the largest softball leagues on Long Island, but our focus remains the same. Our goal is to always make sure that our leagues are run from a players perspective: maintaining fun, friendly, even-level competitive and recreational divisions, while always following through on our commitment to high-quality fields on the days and times you choose.

We are confident that you will find Empire to truly be the premier league on Long Island, with management that is committed to excellent customer service through HONESTY and INTEGRITY; is present at most games and is available all day and night to address your concerns. We strive to provide professional umpires, accurate and timely player statistics and to always ensure the most organized, exciting and fair playing experience possible.

In addition to being the only adult softball league to offer divisions exclusively at Lasorda Legacy Park, Empire Softball has now expanded to provide Mens, Womens and Coed teams the opportunity to play slowpitch softball in Riverhead, Brookhaven, Islip and Babylon. We are confident that we can provide your team a division that best fits - both by location, on the days and times you are available to play, and at the appropriate level of competition.

The new era of Long Island Softball is well underway and we welcome you to become a part of it. Call, e-mail or stop by anytime for more information:

Outside of Lasorda Park divisions, every team is required to have at the field for every game a set of regulation size bases (including a safety double-bag first base) as well as backup softballs, in addition to those supplied by the league. A catchers mask with throat protector is required for all modified divisions. Pitcher and catcher protective gear is strongly encouraged for players in all divisions. All bats must have the USSSA thumbprint stamp in order to be used. Empire reserves the right to inspect any bat and remove from the game any bat deemed unsafe at League Official or umpire discretion. By participating in any Empire Softball game, players automatically agree to have their bat confiscated and tested in the event of a serious player injury resulting from a hit ball off of such bat.

There is no insurance of any kind that would cover player injuries included in any fees paid to Empire Softball. The league does not carry insurance (medical or liability) for our players or teams. Teams do have the option of purchasing an insurance policy through USSSA that would cover player injuries. Information regarding insurance options are available upon request for teams that are interested. It is required that all team managers let their players know that the insurance is optional - and that no injury of any kind will be covered directly through Empire Softball. It should be a team decision whether to purchase an insurance policy.

Under no circumstances is an individual allowed to participate in an Empire Softball game or event without having filled out a roster/waiver form. If it is found that an individual has participated illegally without having a signed waiver on file with the league, the game will automatically result in a forfeit, and both the player in question as well as the team manager will face a suspension from all league activities.

All teams are required to maintain a $110 forfeit bond on file with the league at all times. Teams will not be at risk of losing their forfeit bond as long as they give the league at least 24 hours notice prior to a game that they are unable to attend. If a game is forfeited at the field due to not having enough players, or the manager doesn’t give the league the minimum required notice of cancellation, the bond is no longer refundable and a new forfeit bond must be paid and in place prior to their next scheduled game. Forfeit bonds can be transferred from one season to the next at the team manager’s request. At any time during the season, a manager can request that their bond be automatically refunded at the season’s conclusion.

Once a team has registered, a spot is reserved within the division they requested to play in. No refunds are available once a team is registered, unless we are able to replace them with another team. No partial or full refunds are available once the schedule is posted and/or the season begins. For tournament play, refunds are available if a team cancels, in writing, at least 5 days prior to the tournament. Once a team is placed on a division schedule, the team manager is responsible for the entirety of the league fees. Empire Softball is not responsible for any money exchanged between players and managers, or between sponsors and team managers. Games missed by an individual or team, for any reason, are are not subject to a pro-rate or refund. Empire Softball aims to makeup all games cancelled by weather conditions, but can not guarantee that all such games will be played.

By participating in any Empire Softball game or event, all players automatically acknowledge and agree that Empire Softball, its employees, members and officials, as well as the United States Specialty Sports Association, will not be held liable for any bodily injury sustained while participating. The risk of injury from the activities involved in the program is significant, including the potential for permanent paralysis and death; and while rules, equipment and and personal discipline may reduce the risk; the risk of serious injury does exist, and all participants knowingly and freely assume all such risks. 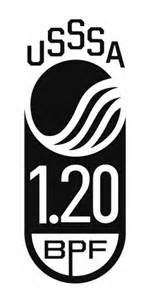 All bats must have this USSSA stamp in order to be eligible for play in any Empire Softball League Game.