Good Luck to all the teams participating in the 2019 Empire Softball Fall League Playoffs!

We are committed to ensuring a playoff series that is fair to all teams. For players to be eligible to participate in any playoff game, they must have played in a minimum of 5 games during the regular season, at least one of which was prior to the roster freeze. Rosters froze on the 4th week of games (whichever day each team played their 7th and 8th games) Credit for games played will be given to players that were on the team roster at the time of a forfeit, as well as for any game that was rained out and not made up.

Please check the eligible player roster of all playoff teams below. All players are required to carry their ID at all games, and be willing to present it upon request. Any ineligible player that participates, or refuses to furnish ID at the field, will result in the forfeit of that game for their team. It is the responsibility of the team manager to ensure that everyone playing in a playoff game is eligible to do so.

If a team protests the eligibility of a player, it must happen during the game. ID will be checked and if the player is ineligible the game will result in a forfeit. The forfeit will only apply to the game that is under protest. A previously played game or game scheduled to play after the protest is unaffected. Protests after a game has ended will not be heard.

Prize Package: All Championship Teams will receive a trophy and full set of hoodies. Teams have the option of requesting the quantity and sizes of their hoodies, as long as that information is submitted to the league within 5 days of winning the championship. Color options of championship hoodies are shown below. All players from championship teams that attend the Awards Dinner will be entered into a free raffle to win a full set of uniforms for their team (full-dye jerseys) courtesy of our friends at Orange Hammer Sports. 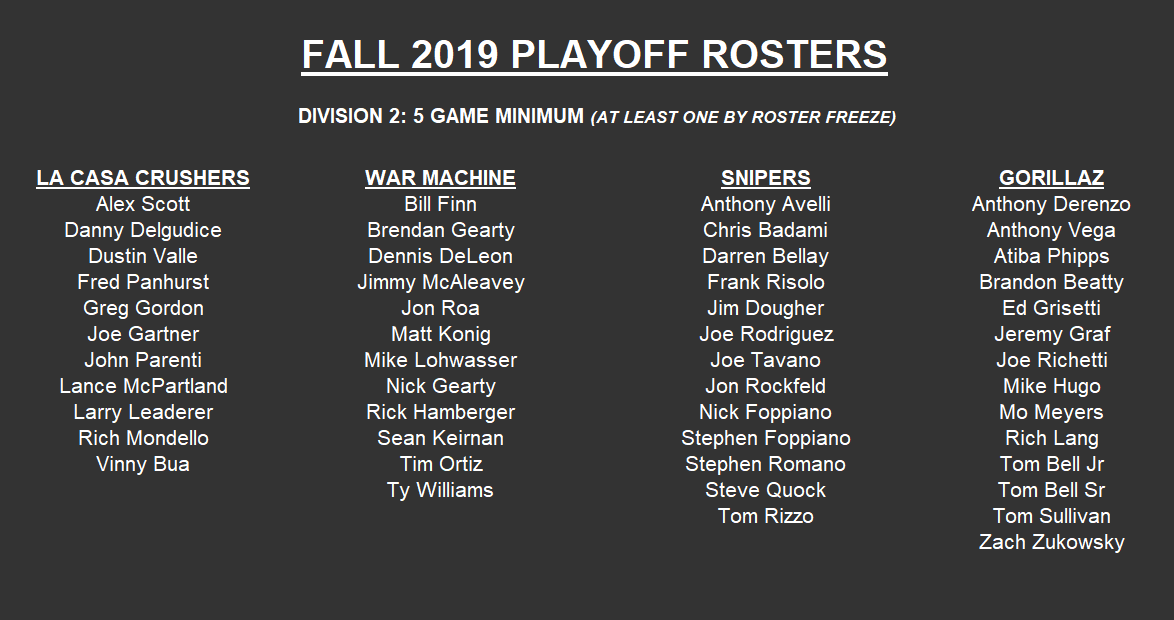 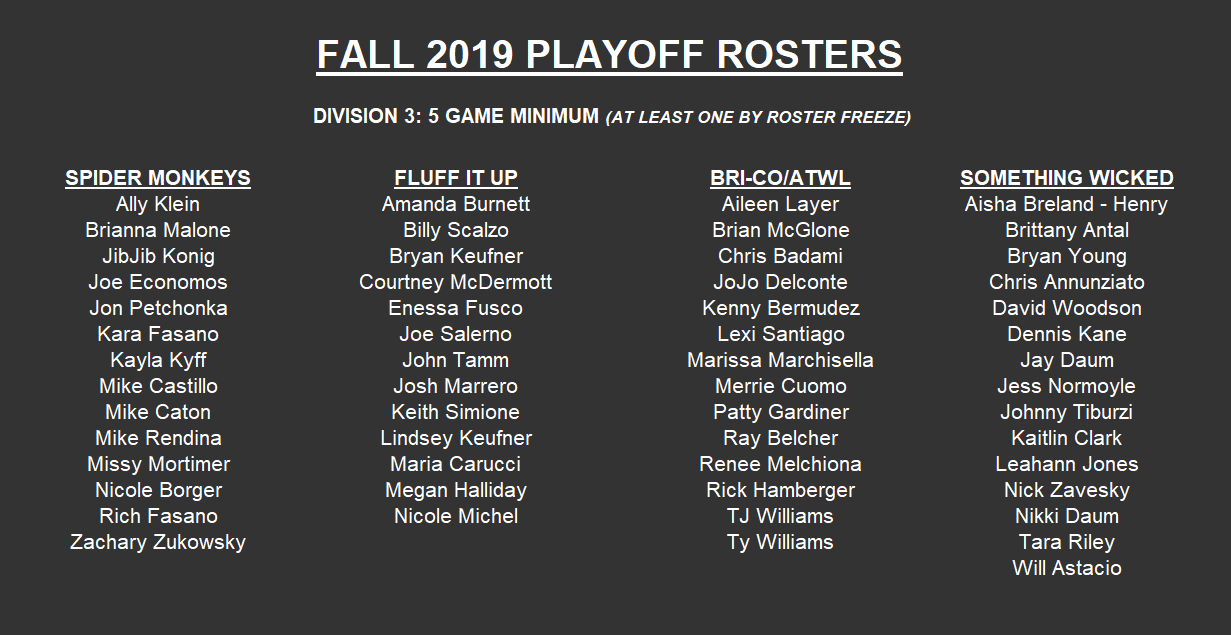 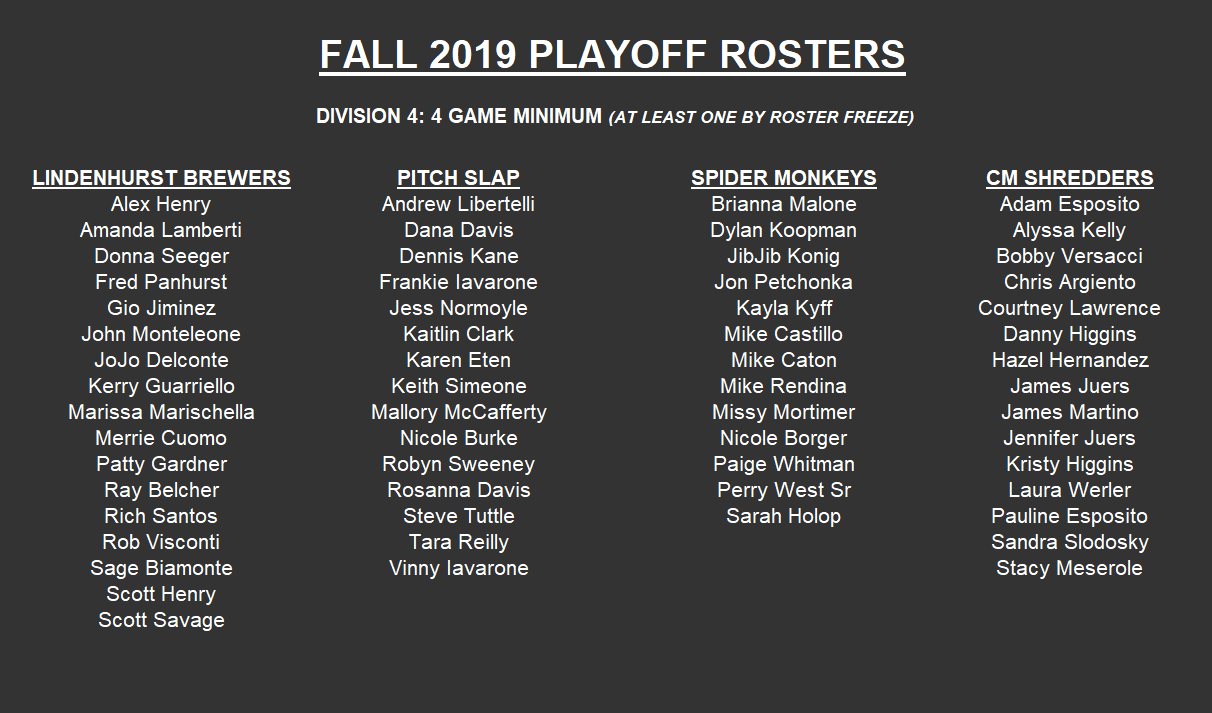 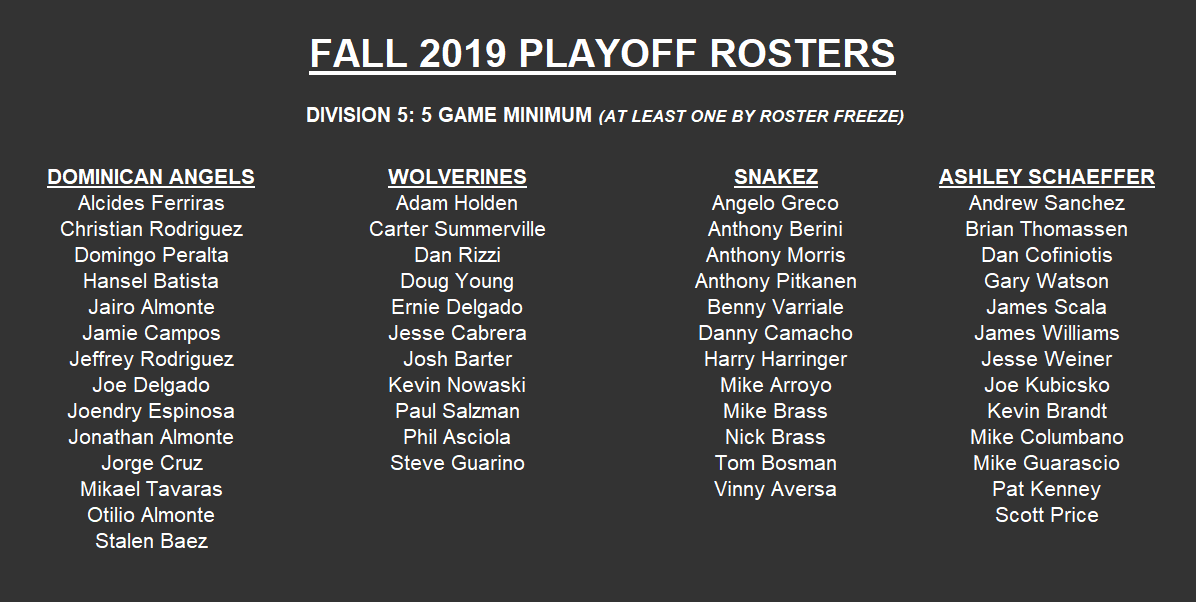 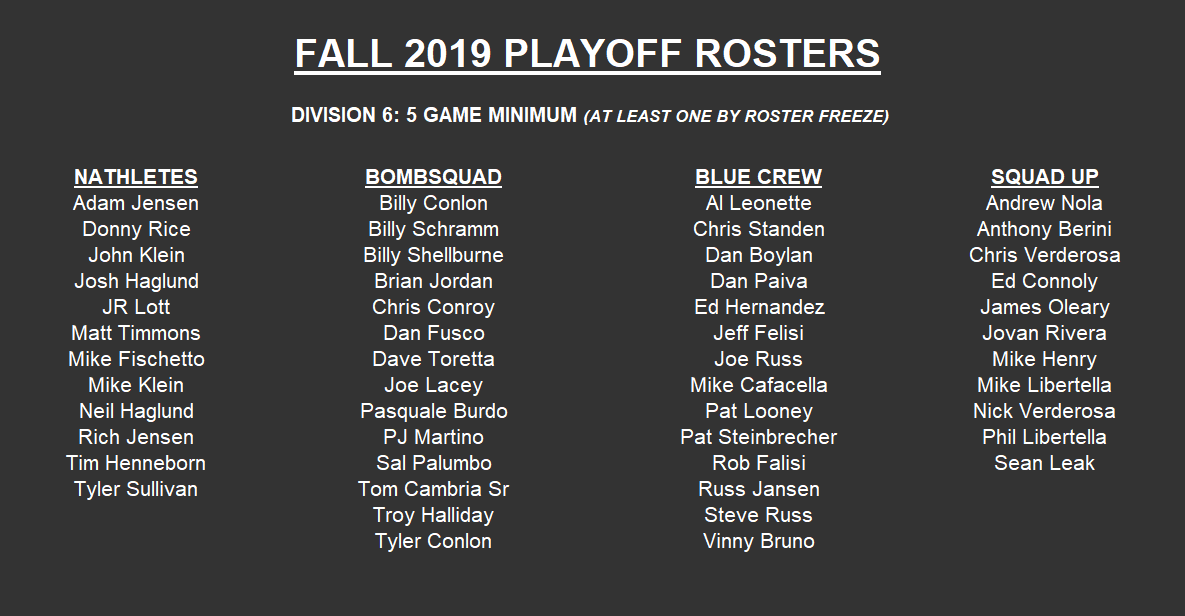 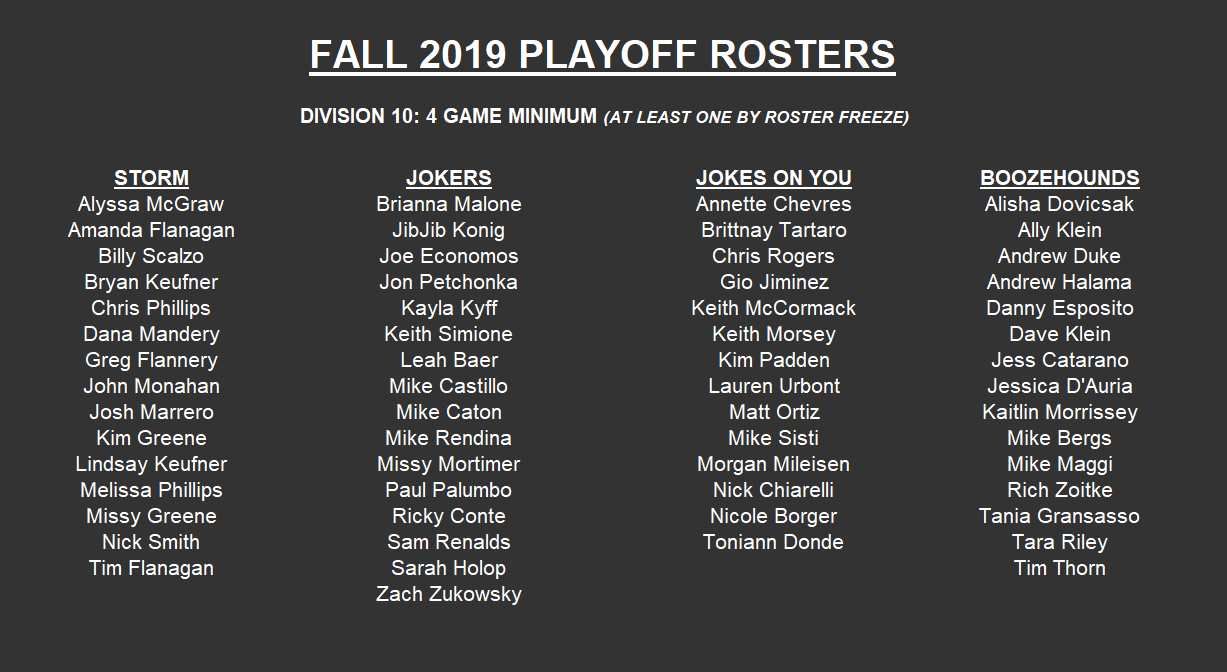 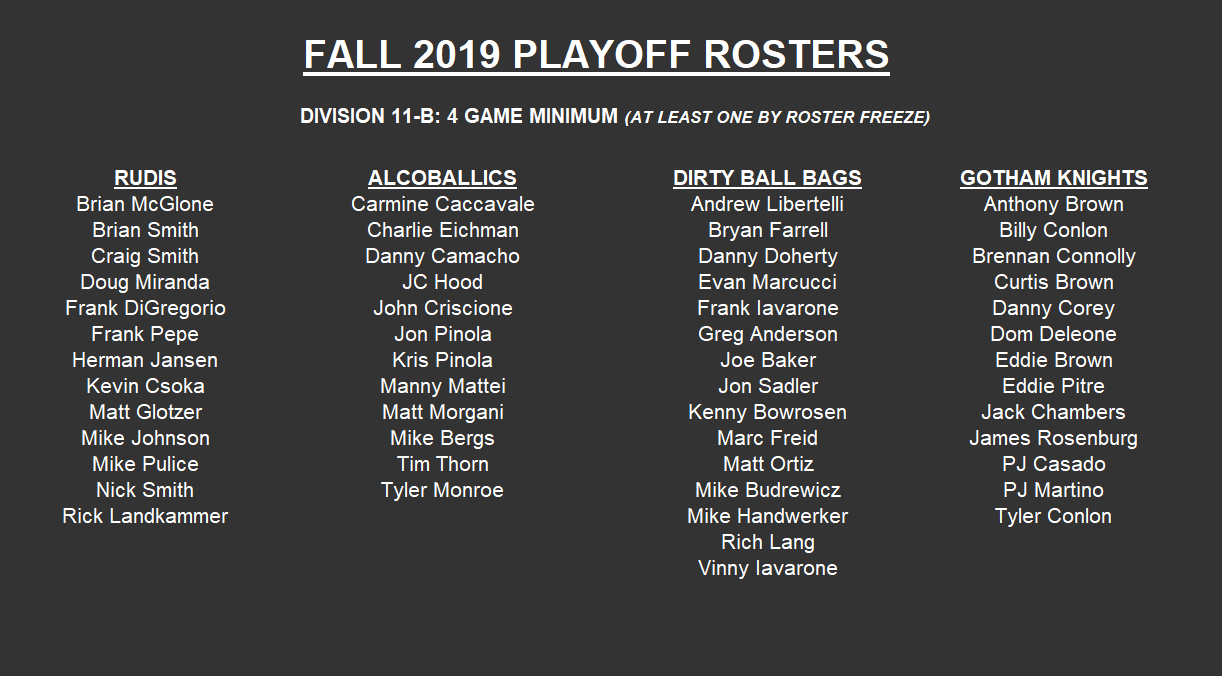 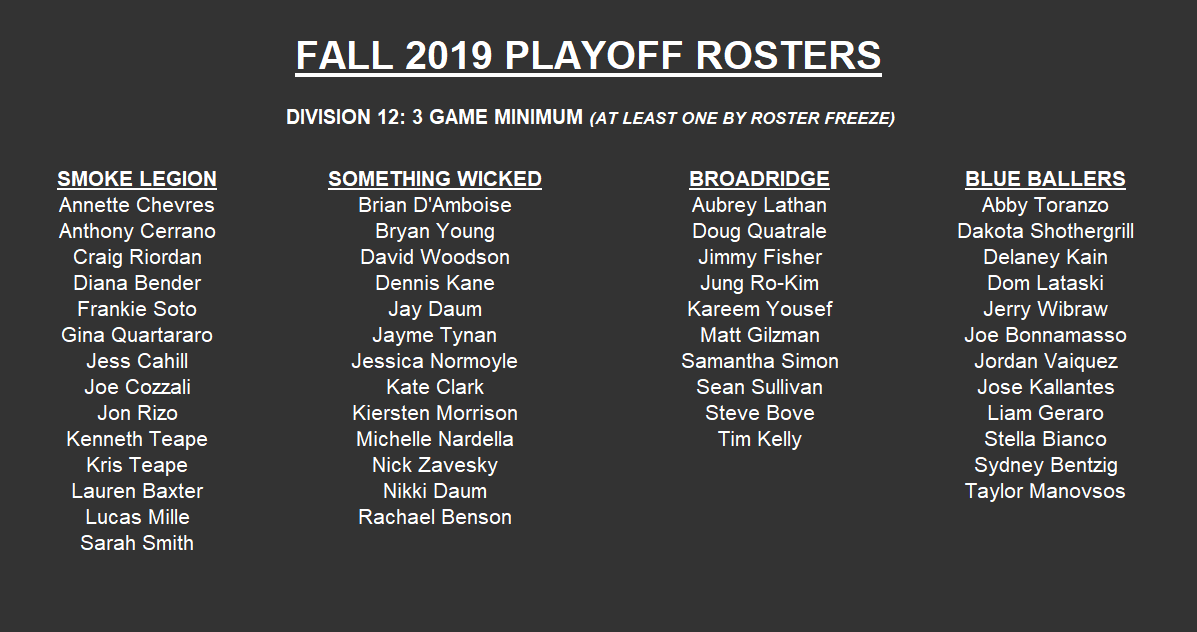 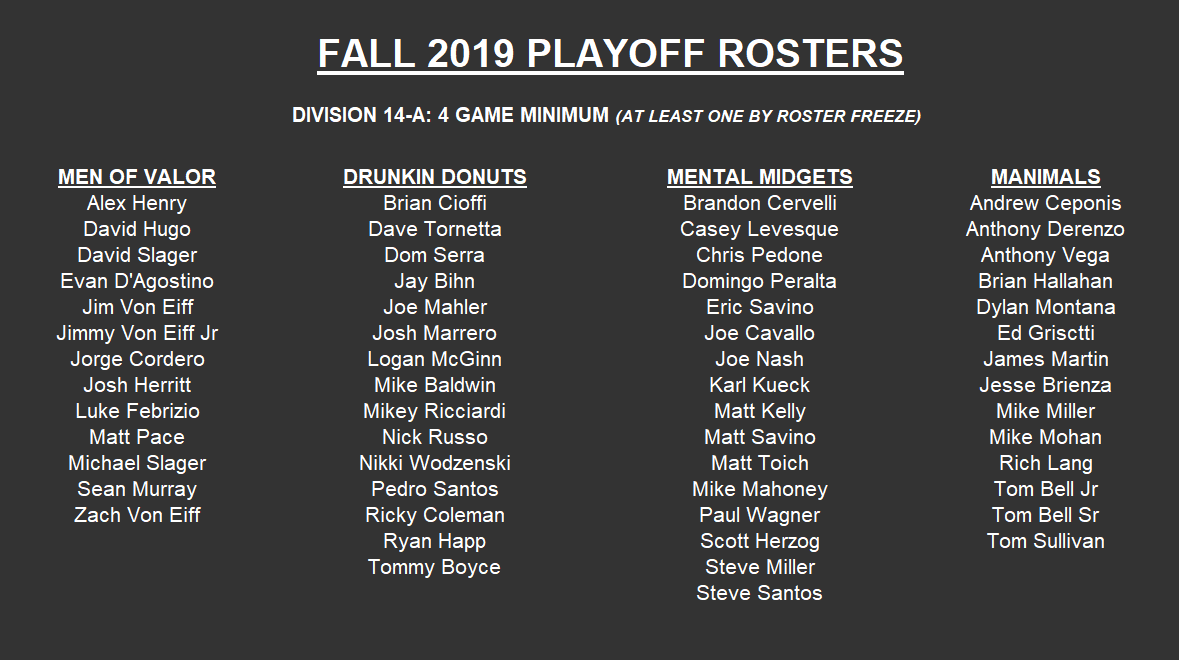 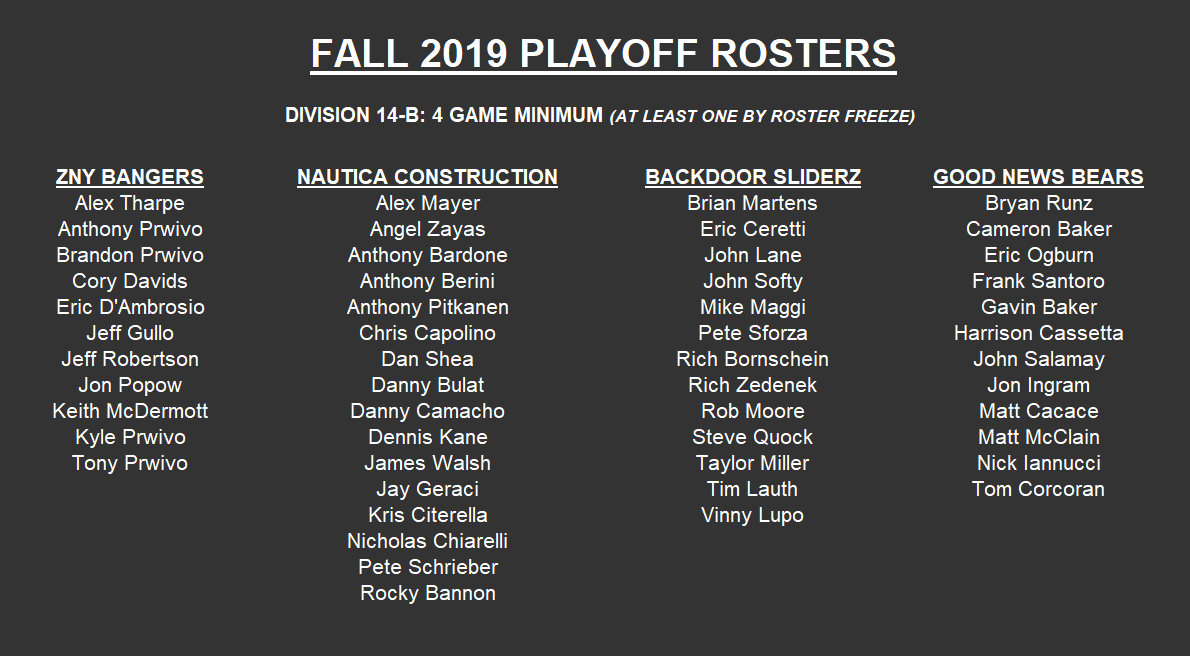